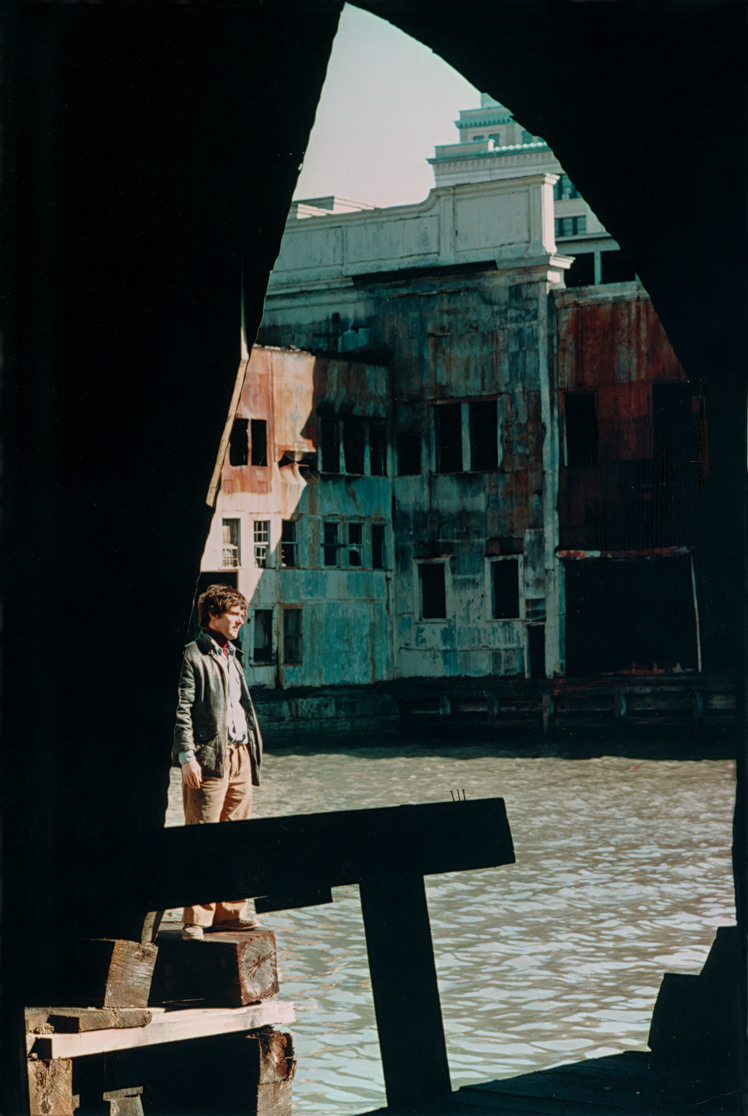 WE WILL HAVE TO WORK
TOGETHER TO UNRAVEL THE
UNFOUND
- Gordon Matta-Clark, undated Art Card

Every artwork and action by the legendary American artist Gordon Matta-Clark was made to demonstrate our own potentiality and inherent ability to physically transform our space, our city, our politics. Direct public engagement was crucial to his practice. He wanted to inspire everyday people to think and act in the space surrounding them, to unmake, remake and live in it without fear.

This spring, KØS Museum of Art in Public Spaces presents GORDON MATTA-CLARK: UNRAVEL THE UNFOUND, an exhibition focusing on the important contribution of Gordon Matta-Clark to rethink architecture and urban space. Best known for his monumental cuts, holes, apertures, and excisions to the facades of derelict homes and abandoned buildings, Matta-Clark’s work provides a potent critique of architecture’s role within the capitalist system. Furthermore Matta-Clark’s work has played a significant and pioneering role in the development of public art, contributing to the expansion of sculpture, the development of performative and social practices and the birth of site-specific artistic strategies.

The exhibition highlights the social and political dialogue inherent in the artist’s public interventions – from his concern for the extreme plight of the homeless (Garbage Wall, 1970), and the interest in direct community engagement (FOOD, 1971-73), to his mystic vision of urban space as incorporating the underground, the sky and other inaccessible spaces (Day’s End, 1975, Substrait, 1976, Jacob’s Ladder, 1977), as well as his awareness of the rampant development and socioeconomic stratification (Bronx Floors, 1972-73, Conical Intersect, 1975 and Office Baroque 1977). The exhibition will elucidate Matta-Clark’s evolution through rarely seen archival materials, examining amongst other things his unrealized proposals for public art projects and his thinking about Anarchitecture – a word and concept through which he wrestled with his own ideas about built space.

GORDON MATTA-CLARK: UNRAVEL THE UNFOUND offers an in-depth assessment of the artists’ groundbreaking works ranging from large scale film projections, photos, collages and artists books as well as archival documentation including personal “cut-notebooks”, art cards and writings on social projects and Anarchitecture. Through a careful and cohesive selection of works the exhibition points to the contemporary relevance of Matta-Clark and argues for his importance as a pioneer of public art and of what has come to be known as social practice art.

A public program offered throughout the duration of the exhibition will include a remake of the social sculpture Garbage Wall as well as film and social events related to Food Restaurant in conjunction with KØS Café. The program will also include a talk focusing on public practices and urban development today in collaboration with the Copenhagen Architecture Festival.

Gordon Matta-Clark: UNRAVEL THE UNFOUND is created specifically for – and in collaboration with – KØS Museum of art in public spaces, and curated by Antonio Sergio Bessa and Jessamyn Fiore who previously organized the critically acclaimed exhibition Gordon Matta-Clark: Anarchitect produced by the Bronx Museum in 2017 that traveled to the Jeu de Paume in Paris, France, the Kumu Art Museum, in Tallinn, and the Rose Art Museum in Massachusetts.

Born in New York City in 1943 to artists Roberto Matta and Anne Clark, Gordon Matta-Clark came of age during a time of political turmoil against a backdrop of urban infrastructure in crisis. He studied architecture and graduated from Cornell University in 1968, returning to his native New York City the following year. Struck by the inability of Modernist forms to provide solutions to the city’s increasing social problems, he began to combine his activist concerns with his artistic production. He helped establish alternative spaces such as 112 Greene Street, and the Food Restaurant in SoHo and engaged with peer artists and non-artists in collaboration that aimed to improve their surroundings. In the 1970s, Matta-Clark experimented across various media and began staging monumental interventions and smaller-scale installations in the charged city landscape, bringing attention to New York’s failing social policies, displaced people, and abandoned spaces. He also realized a number of important interventions across Europe, in Milano, Paris, Antwerp and Kassel. Gordon Matta-Clark died from cancer in 1978 at the age of 35.

Antonio Sergio Bessa is a scholar of concrete poetry, and author of Öyvind Fahlström: The Art of Writing. Until last December he was the chief curator of the Bronx Museum, where he organized multiple exhibitions, including Intersections—The Grand Concourse at 100 (2009); Joan Semmel – A Lucid Eye (2013); Paulo Bruscky—Art is our Last Hope (2013); Three Photographers from the Bronx: Jules Aarons, Morton Broffman, and Joe Conzo (2015); Martin Wong: Human Instamatic (in collaboration with Yasmin Ramírez), (2015).

Jessamyn Fiore is an independent curator and co-director of the Estate of Gordon Matta-Clark. She curated the critically acclaimed group exhibition 112 Greene Street: The Early Years (1970–1974) in 2011, for which she edited the acclaimed, eponymous catalogue; and Gordon Matta-Clark: Above and Below (2013), both at David Zwirner Gallery. She was the curator of the Jean-Paul Najar Foundation in Dubai, UAE, from 2015-2017 and Director of Thisisnotashop, a not for profit gallery space in Dublin, from 2007-2010.

The exhibition is generously supported by