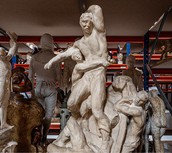 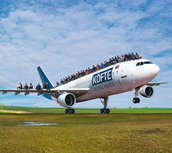 We travel as never before, but on radically different terms. With the exhibition project TRANSIT, KØS Museum of Art in Public Spaces investigates transit sites – currently among the most controversial and crowded public spaces of contemporary society – and the many different kinds of travellers using them. Experience art at train stations and on the E line, a major international exhibition at KØS, plus public debates and a special edition of the newspaper Information. See more at www.itransit.dk. 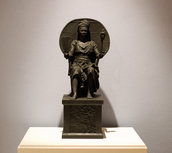 Porous and malleable. Snow-white or yellowing. Celebrated, yet mostly hidden away. Plaster takes centre stage in a new exhibition at KØS: Transformations in Plaster. Here, KØS brings this much-loved, yet also oft-ignored material to light, demonstrating the sheer versatility of plaster as a vehicle for monumental works, artistic processes and experimentation. 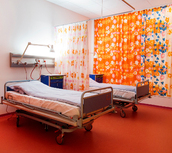 What does art do at hospitals?

Art is being created for Danish hospitals like never before. But what difference does art make in hospitals? Can it distract or even heal patients? How insistent or subtle should it be? Now you can view 23 contemporary art projects from hospitals in Denmark and abroad in the research-based exhibition. KØS has also entered into a unique collaboration with a sociologist to interview 600 patients, relatives and healthcare staff about how they perceive the art they find in hospitals. 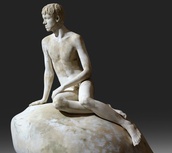 15 Favourites from the Collection

Visitors can enjoy a strong selection of works from the museum’s huge collection, which encompasses more than 18,000 sketches, designs, and models for art in public spaces. 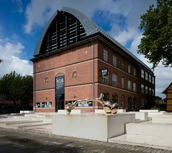 See the proces behind A Kassen’s bronze sculpture Bronze Pour (Køge Harbour) for the square in front of KØS. 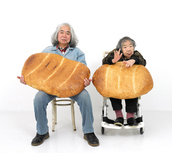 In your heart │In your city

The exhibition In your heart │In your city presented a range of brand-new works of four Japanese contemporary artists – Chiharu Shiota, Yukihiro Taguchi, Takafumi Hara and Tatsumi Orimoto. Being one of the most comprehensive and ambitious projects ever presented at the museum, the exhibition took place both outdoors in the public space in front of the museum as well as inside on two floors. 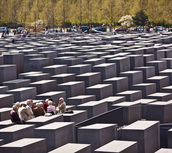 At KØS we now present the first large-scale exhibition on memorials ever seen in Denmark. 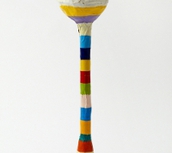 The exhibition shows a selection of the many sketches, studies, and models for art projects in the public space acquired by the museum from 2007 onwards. 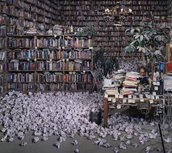 A giant art installation spanning 400 m2 and five huge photographic works about school systems, change, and the future by one of the greatest contemporary artists working in China today, Wang Qingsongis currently at diaplay at KØS 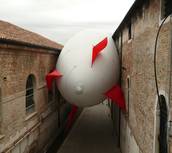 Spring 2019 saw a collection of projects by leading world artists at KØS, projects that during the past decade have moved the boundaries of what public art can do, shown how radically it has changed, and revealed the new and surprising forms it can take. The latest developments in the field include a floating island nation, marathon moving murals, a hundred-year-old book project, social urban planning, the live transmission of ocean light, and a fictional history of swarming Zeppelins. 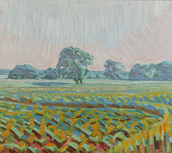 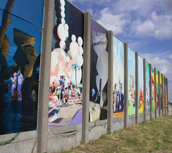 At this exhibition Wall Hedge Fence three artists allow visitors to experience the wall, the
hedge, and the fence performing new and alternative functions. 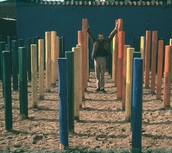 Kasper Heiberg – A Pioneer of Colour

Kasper Heiberg was a 20th century pioneer within the realm of site-specific art. He fought idealistically fuelled battle to bring art back to the people, back into every day life and to enrich urban spaces with a variation of form and colour that he saw as entirely necessary. 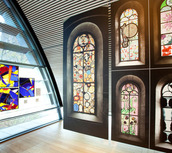 Give us today… When art goes to church

This exhibition – staged at KØS and in selected churches throughout the country – represents the first-ever total overview of the many new and groundbreaking examples of ecclesiastical art that have appeared in Denmark in recent decades. 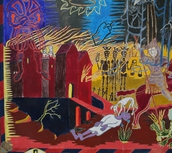 Bjørn Nørgaard and the Reformation

The exhibition, “Bjørn Nørgaard and Reformation”, shows KØS many never before seen sketches for Nørgaards tapestries on the Reformation. 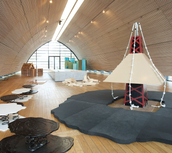 Wanna Play! combines a retrospective view of a fine and original tradition within Danish art – art playgrounds in the public space – with an experimental approach to exhibition practices, specifically in the form of a giant indoor playground created by six artists in the museum’s top floor. 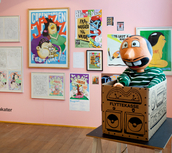 HuskMitNavn - From workshop to artwork

The artist HuskMitNavn has moved his workshop to KØS for a period. With him he has brought 10 years of production to the street and gallery, an extensive collection of process photos, sketches and sketchbooks, which has never been shown before and that gives a rare glimpse behind the curtain. 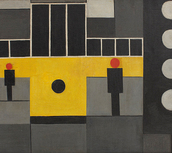 What difference does art at your workplace make? 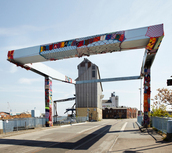 The first exhibition in Denmark to present the all-new street art currently sweeping through major cities across the world. 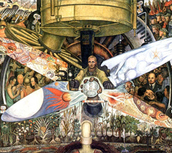 The Fighting on the Wall - Mexican Murals

At KØS Museum of art in public spaces we focus on an important era within the history of public art with the exhibition The Fighting on the Wall.