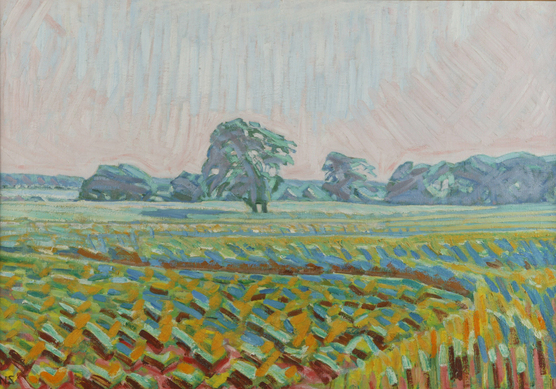 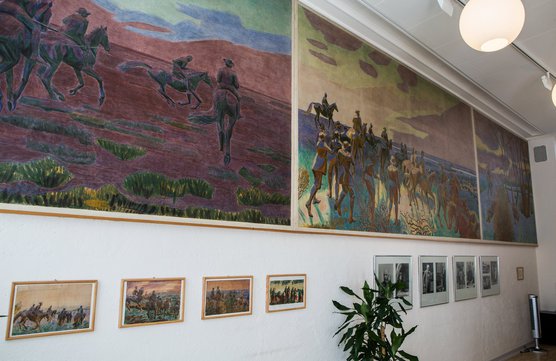 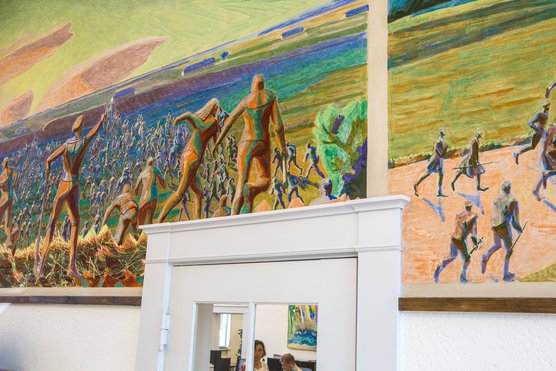 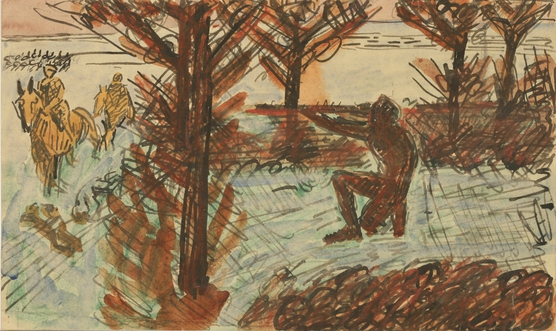 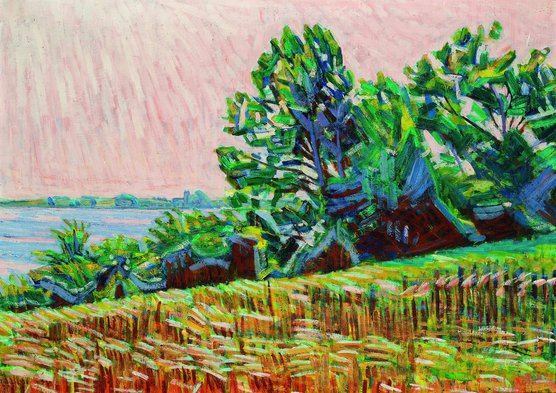 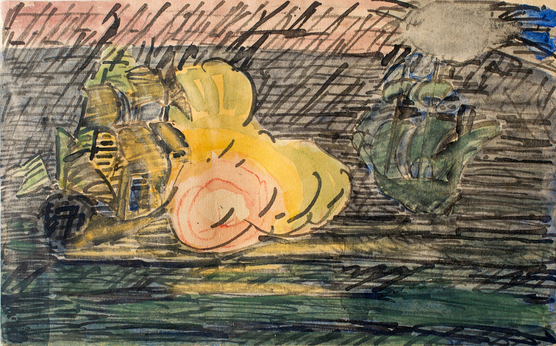 When Niels Larsen Stevns went to Hjørring in 1936 in order to create frescoes for the reading room in the newly built Central Library he was a mature master of his craft and one of the most well-respected painters in Denmark. Three years earlier he had garnered public recognition with his grand frescoes for Hans Christian Andersen’s House in Odense.

Given the violent nature of the events Stevns chose to represent them in the form of battle paintings – a European tradition dating back to Antiquity, but Stevns’ take on the format was resolutely modern. The results can only be described as a major work of art, not only within Stevns’ own oeuvre, but within Danish art as such.

Stevns was commissioned for the task in 1933, and he pursued it with care and diligence. Research conducted at museums and libraries preceded his work on the compositions, and during the earliest stages his work was that of a scholar rather than of an artist.

Stevns’s research yielded raw materials he could mine as he worked. His real task resided in transposing the historical events to the present day, making them relevant to 20th century Danes. Stevns applied two methods for doing this: he painted landscape scenes showing the places where the historical events actually took place – and he cut out depictions of current events from newspapers and magazines, using them as references when creating his compositions.

Between the artist’s preliminary research and the final fresco in the library we find a multitude of magnificent sketches and studies executed in pencil, pen, and watercolour. During this stage Stevns gave his creativity free rein as he gradually determined the final outline of each composition. These sketches, more than anything else, showcase his great passion and wild originality.

This exhibition has been shown before, albeit in a different format, at the Niels Larsen Stevns Centre, part of the Vendsyssel Kunstmuseum (Vendsyssel Museum of Art) in Hjørring. It offers a detailed overview of Niels Larsen Stevns’ full working process when preparing for his frescoes in Hjørring, right from the very first sketches to his final proposals. Stevns took a methodical approach to his subject matter, progressing step by step, and the wealth of surviving material offers a unique insight into the artistic process itself. Here we can see exactly how one of the most important works within Danish art took on its final form.

The frescoes themselves cannot be moved, as they – like the building for which they were painted – are listed and may not be altered. The building was erected in 1926 as the Central Library for the County of Hjørring and acted as a library all the way up to 1970. It was then assigned to the Vendsyssel Kunstmuseum, which relocated to larger premises in 2003 after 30 years in residence at the old library. The building was bought by a bank, Sparekassen Vendsyssel, but the frescoes can be accessed by the general public during the bank’s opening hours.

The exhibition was curated by the art critic Mikael Wivel, PhD (D. Phil).