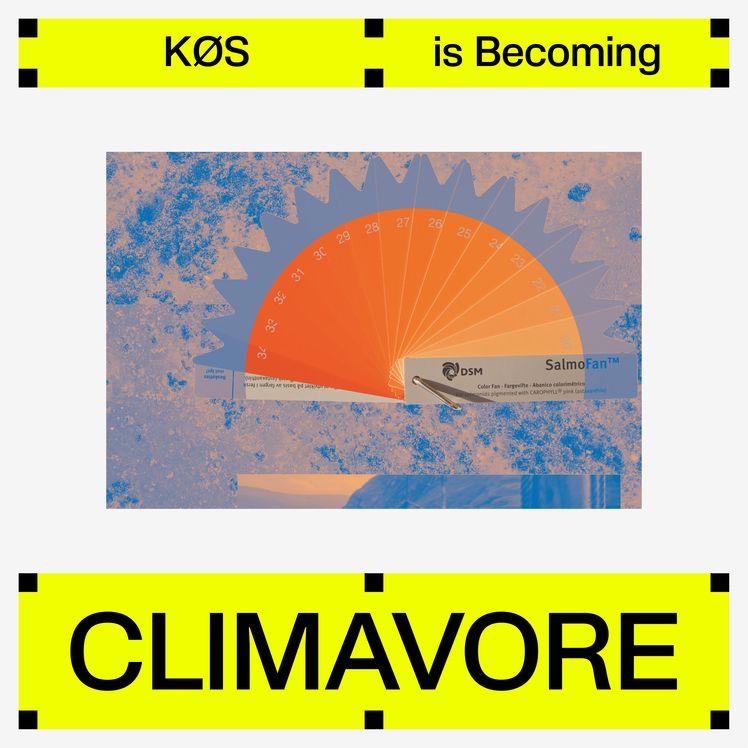 From the 16th of December KØS Museum of Art in Public Spaces will remove salmon, pork and avocado from its café menu as KØS joins the London based artist duo Cooking Sections’ extensive community project Becoming CLIMAVORE. The new menu will consist of dishes made from regenerative local ingredients in order to host the first CLIMAVORE menu in Denmark when KØS starts out on a journey to become CLIMAVORE and find new ways of eating in response to the climate emergency.

The Becoming CLIMAVORE project aims at fundamentally changing the way we eat responding to human alterations of the planet’s climate and addressing the effects of megafarms and mass food production. All over Europe and North America art institutions such as the Tate and Serpentine galleries are Becoming CLIMAVORE. The first stop in that process is removing farmed salmon from the menu. The production around farmed salmon is much more complex and brutal than one would think involving adding synthetic pigments to the salmon’s food in order to give them the expected pink salmon colour.

Becoming CLIMAVORE is collaborating with KØS and Copenhagen based chef Mads Hermansen to develop new exciting CLIMAVORE menus for KØS café that helps to restore rather than further degrade our climate and nature. The menus, changing with the seasons, will include regenerative local ingredients such as split peas and other legumes that improve soil fertility and mussels and seaweed that cleans the ocean decreasing the levels of excess nitrogen around them.

The 2021 Turner Prize nominated artist duo Cooking Sections initiated this long-term project including a variety of site-responsive iterations which are either self-initiated or commissioned by cultural institutions. “The vision is to grow this process, to work with cultural institutions, cities, farms, nutritionists, scientists and restaurants all over the world so they too become CLIMAVORE, and to build better communities and food cultures by supporting growing food while cultivating habitats and developing links between art and cultural spaces; restaurants with food industry and education.”

During the exhibition _Realistic Utopias_ KØS will host a number of specialized lunches inviting you to enjoy a combined tasting CLIMAVORE lunch and a guided tour of the exhibition, giving you a simultaneous glimpse of what the future of our public spaces and our eating habits might look like.

Keep an eye on koes.dk, our Instagram and Facebook for dates and updates and stop by to taste the change!